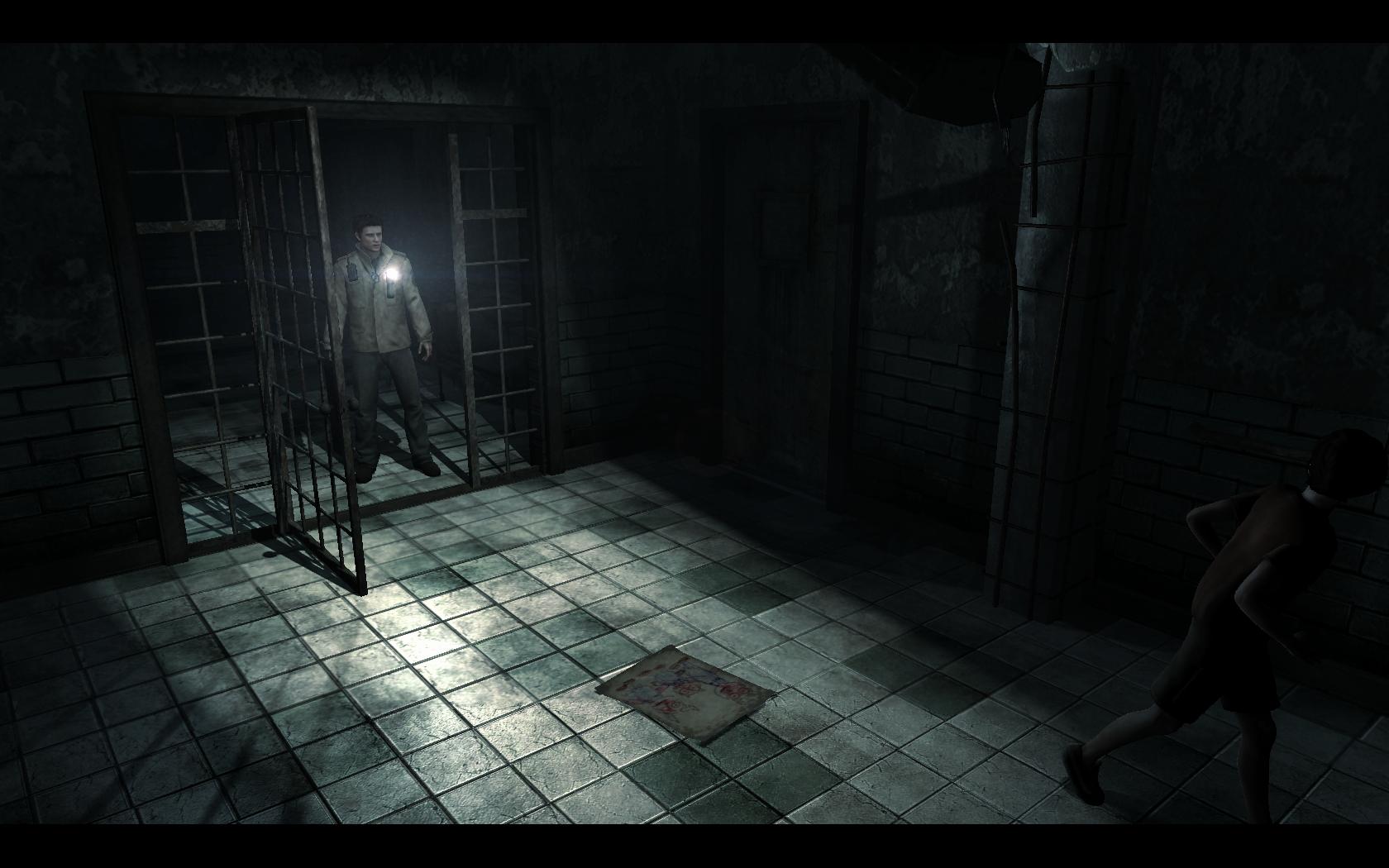 Comparing with Resident Evil. The major difference between Silent Hill and Resident Evil is that the gameplay is completely different. In Resident Evil, you grab your gun and fight all of them in front of you. However in Silent Hill, you are strongly suggested to move slowly, quietly and best to move without your flashlight turned on. So that is exactly what makes Silent Hill more scary. You are thinking of moving slowly and avoiding to be seen by the monsters. However, this is not always the case. Sometimes you catch the monsters’ attention but you do not mean to do that. And then they come right in front of you in a blink of an eye. Another thing that can catch our breath so hard is the very famous siren in all Silent Hill games. It is the symbol of fear in Silent Hill. All buildings turn red which is also known as the transition to Otherworld. The nightmarish parallel universe turns the original environment to be an even scarier place than before. Imagine you are walking in the corridor in Alchemilla Hospital (The medical center in Silent Hill). Hearing babies cry with a lack of power source in the corridor. Then a siren comes across your ears. The whole environment vanishes and becomes bloody red. That is the existence of the Otherworld. Breathtaking moments are always seen in Silent Hill : Homecoming. 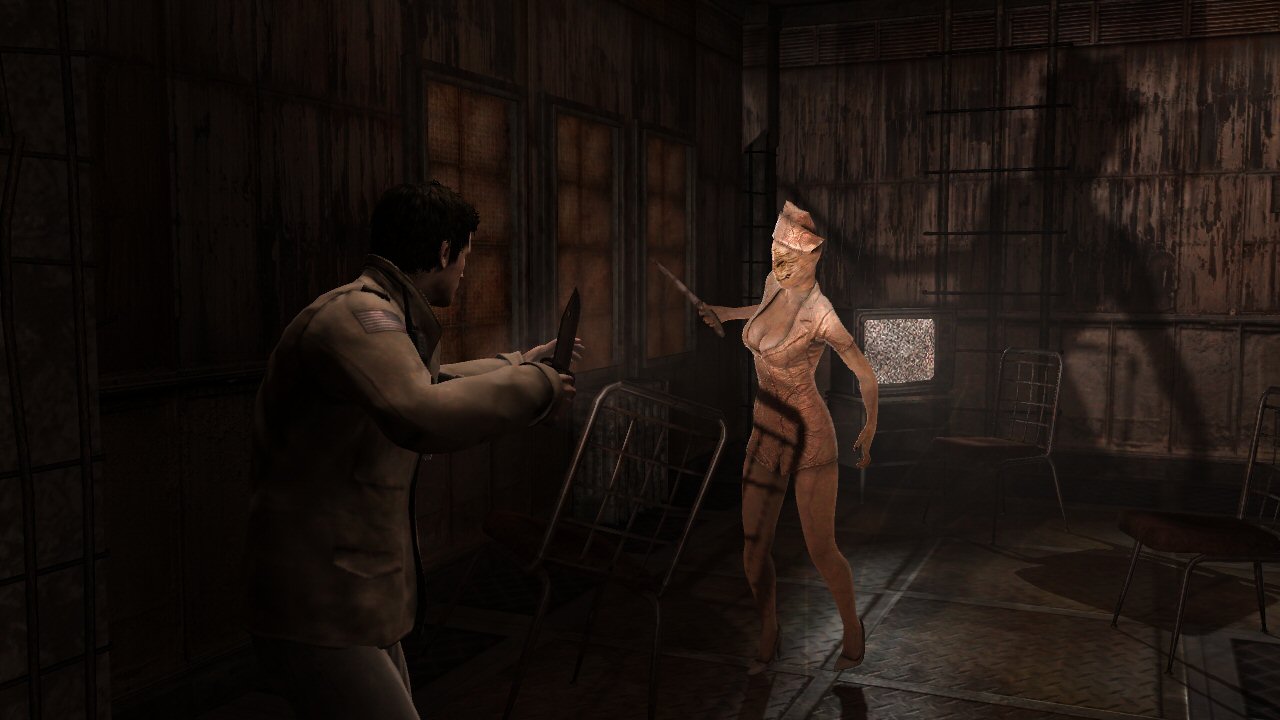 “The bloody red wall symbolizes Alex in the Otherworld. As seen in the picture, a nurse without a face was holding a knife walking towards Alex.” 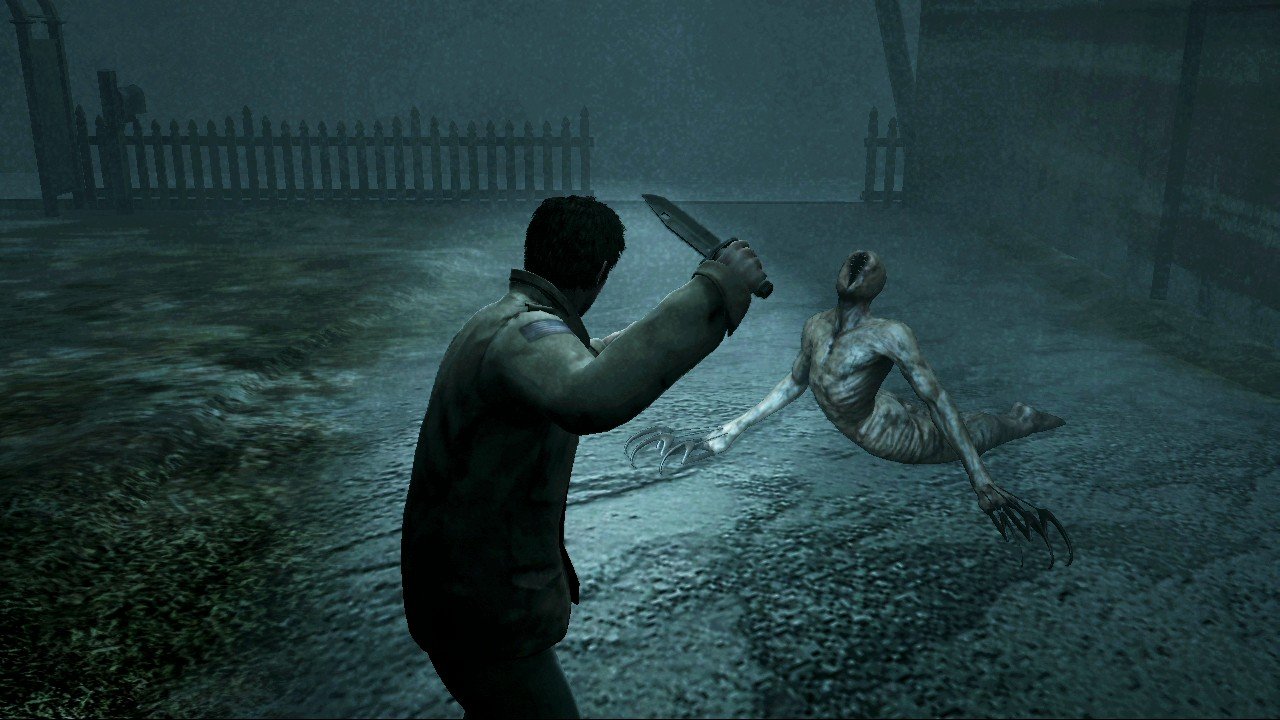 “Alex holding his combat knife and fighting a monster next to his house in Shepherd’s Glen.”

In conclusion, as I am completely new to Silent Hill game series. Silent Hill : Homecoming delivered me a completely new experience. Although it has really scared me to death, that’s what a horror game should be right? Scores for Silent Hill : Homecoming : Gameplay : 9/10 Graphics : 7/10 Controls : 6/10 Story : 8/10 Overall : 8/10 If you guys have not played Silent Hill before and have the guts to try it. You really should not miss this game. Silent Hill was rated the first in “Top 10 Scariest Game of all times” by GameTrailer. So what is the point of ignoring this game if you really want to try it out?